LY Podcast: Ep 3 – 101 Secrets for your Twenties with Paul Angone – Launch Yourself

LY Podcast: Ep 3 – 101 Secrets for your Twenties with Paul Angone

Paul Angone from All Groan Up and author of 101 Secrets for Your Twenties, is featured in this episode. Paul tells us how he marketed and launched his book, on short turnaround time.

Paul landed his book deal after his post 21 Secrets from Your 20s went viral – being read by more than a million people in 180 countries. Paul has a background in “traditional” marketing – but walks us through how he leveraged his skills in marketing to go on a book tour, getting the word out and landing his book on bestseller’s lists.

In this episode, Paul reflects back on his recent book launch – what worked well, what could have been done better, and what he’s working on now. And keeps me giggling throughout.

Resources Mentioned In this Episode:

Want to get in touch with Paul? 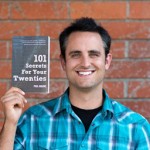 Paul Angone is a speaker, humorist, the author of 101 Secrets for Your Twenties, and the creator of AllGroanUp.com, a place for those struggling with “what now?” His work has been featured on the Huffington Post, SiriusXM radio, The Chelsea Krost Show, Collegiate Magazine, Relevant Magazine, etc. with his article 21 Secrets for your 20s having been read by over a million people in 180 countries. 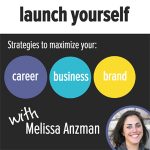